Details : After realized that topological materials can exist beyond the QH effect, there have been great efforts on topological material research in the past decade, with regard to the trio of fermions: Dirac, Majorana, and Weylfermions. Also, the cousins of QH effect, quantum spin Hall (QSH) effect and quantum anomalous Hall (QAH) effect [6,7], have been realized using molecular beam epitaxy (MBE) in an ultra-high vacuum condition (Fig. 6). The combination of my expertise on quantum transport and nano-fabrications with strong collborations with top-level MBE groups, would give an unique opportunity to study topological condensed matter systems.

Also, three-dimensional Weyl semimetals (Fig. 7) are of particular interest with their unusual features such as topologically protected Weyl points resembling magnetic monopoles, Fermi arcs of the surface state, or chiral anomalies. While many of the early experimental works on Weyl materials have been done on bulk materials by the combination of material synthesis and spectroscopy techniques, the electronic transport in a more sophisticated nanostructure can greatly contribute to advancing our current understanding on topological quantum phases. 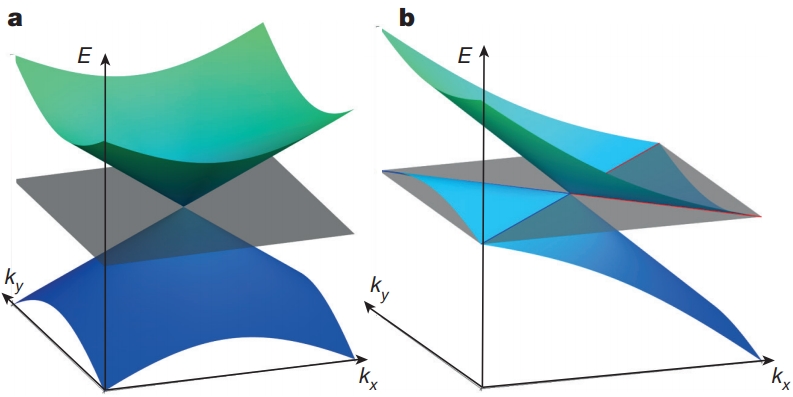